Home | News | A digital mindset in the Latam banking industry

A digital mindset in the Latam banking industry

According to the media, Nubank, currently the largest digital bank in the world, is ready to launch an IPO by the end of this year. With over 40 million current accounts (second only to Banco do Brasil), in eight years Nubank achieved what Banco do Brasil did in over 80.

Just a few months ago it was valued at US$30 bn when it received investments from Berkshire Hathaway. Current valuation is said to be between US$55-100 bn, in which case it would be worth more than Itau and Banco do Brasil combined in terms of market capitalization. 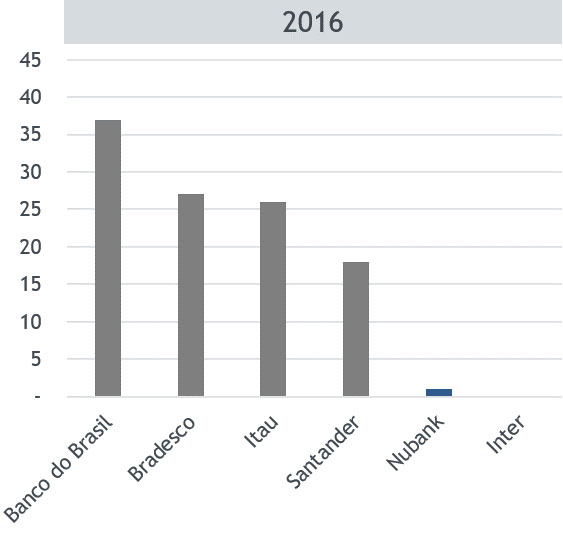 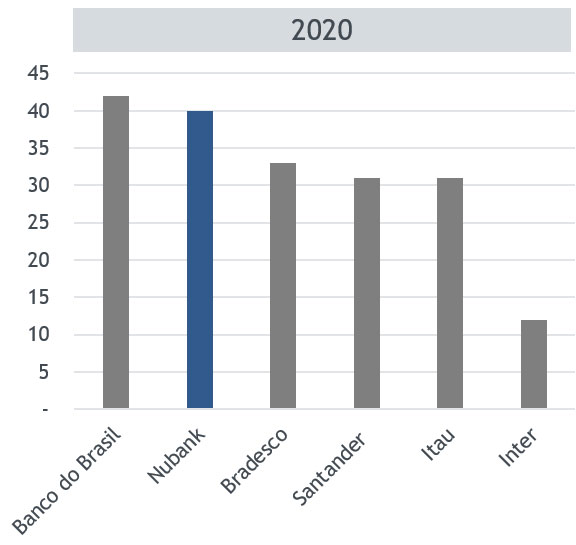 Digital banks have been a very significant trend in Latam, especially in Brazil and now Mexico. The main questions we always receive are: what’s all the buzz about digital banks; why Latam; and how do you back valuations?

The Logic of Digital Banking in Latam

Simply put, Latin America is a large and unpenetrated market. It has a population of 650 million, which clearly makes it a relevant market. In addition, credit penetration is around 45%, while Emerging Asia and the United States are above 150%. Over 30% of the population is unbanked, compared to around 6% for the United States. Over 70% of transactions are made in cash, so clearly there is a lot of room to grow in Latam.

Within the banking industry, the main five players have a market share of over 70% in almost every country in the region. They also have very bureaucratic processes, long waiting periods to open accounts and access credits and charge customers high commissions charged compared to global standards, making for an inefficient and expensive experience. This is where digital banking saw its opportunity. To open an account using the main banks’ apps, you need to fill in more than 20 fields and then wait about 24 hours if you are lucky. Nubank does the same within minutes.

If you analyze up until 2018, Latam banks had ROEs of 700 -1000 bps above developed countries. This has a lot to do with commissions charged per customer and highly concentrated markets.

Regulation was a surprising key ingredient for the germination of digital banking in the region, particularly in Brazil and Mexico. Brazil has an Open Banking regulation that started a few years ago, where market participants need to provide APIs to enable third parties to access consumer data. Mexico applied something similar called “Ley Fintech” which allowed Fintechs to operate under the same regulatory environment as traditional financial institutions, leveling the playfield.

If you add to this the population’s fear of leaving home due to the pandemic and the shift to the digital world that Covid-19 forced upon older generations, the growth curve for digital banks jumped to where we originally thought it would be in 2023-2025.

The Value of Digitization

Not all the difference between digital and traditional banks comes from the cost component. There is also value added from the customer perspective. Banks in Latin America are used to enforcing their “oligopolistic service” on their average client, with lots of unsolicited offerings and at the same time a protracted response to their needs and inquiries. Digital banks have come to change that. When their NPS (survey that evaluates the likelihood people would recommend a company) is evaluated, they fare considerably better than traditional banks, despite (or maybe due to) the fewer points of contact between the bank and the customer in the case of digital banks. Something that has personally surprised me the most is how the word “trust” has changed. One of the main pushbacks we originally had on digital banks was the lack of trust that their “cloud-based business” might inspire. Virtually no branches could be perceived as not reliable enough, almost ephemeral, and a bank is a business that basically runs on trust. We couldn’t have been more wrong. Not only are people changing this perception fast, but the non-fee-based accounts and the service without hidden commissions that digital banks offer have generated a perception of a trustworthy business.

Why did you choose your bank? 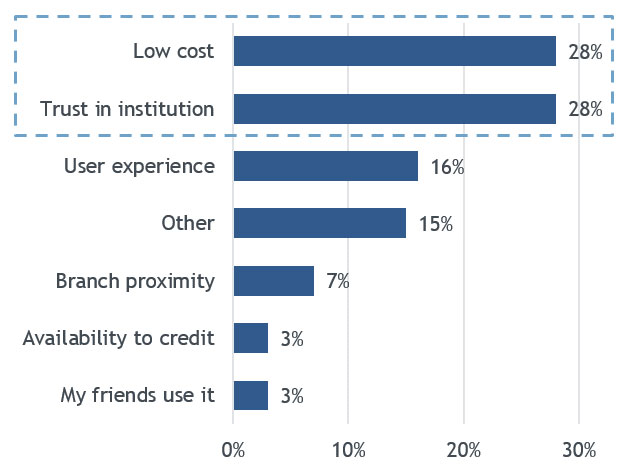 When asked about valuation, this is definitely a hard topic. Valuation is multiple times regular banks, but so are the unit economics. Traditional banks have an average CAC (the cost of acquiring a new client) of around US$350, while in digital banks it is around US$6. Furthermore, operational costs per client are 10 times higher than digital banks and the latter have 11 times more customers per employee. When we undertake a valuation, we try to focus more on this type of exercise rather than the traditional dividend discount model. Lastly, many of these digital banks are aiming to become an ecosystem, offering products ranging from loans to insurance and ecommerce, and this makes it difficult to place a value on them. The one-stop-shop for customers is sending interactions through to the roof and, therefore, the data they can collect.

Time will tell how the landscape will change in the next 10 years, but our thesis is that the industry has changed forever and traditional banks at least will have a hard time doing business as usual, while digital banks will become incumbents sooner than we originally expected.